With Gareth Martin, the Pikey from the Erdington Royal Mail Sorting Office. A great guy! pic.twitter.com/785IYOC9kg 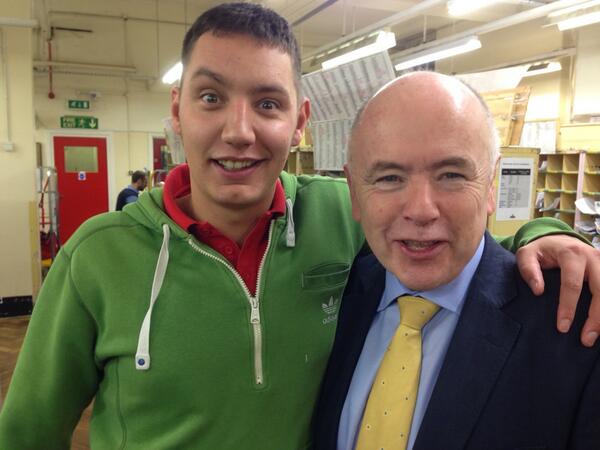 Roll of shame of those MP’s who couldn’t be bothered to vote on Syria. Hopefully they have full excuses for their constituents.

My post for @LabourUncut 'Does anyone outside the Westminster village give a damn about Leveson?'

Not overheard at petrol station: "Never mind the price of unleaded, have you heard the latest about Leveson?"

TO ALL THOSE WHO CARE…

Cross your fingers tight, huddle in close, think of us one more time, for we need you now

Hattip to Down the Kippax Steps

A reminder to all young drivers in Deeside that every time you take your car out on the road you are cocking a loaded weapon. Drive sensibly and carefully, especially if you have just passed your test, you are not invincible.

Sadly the skid marks from this accident are still a visible reminder of this tragedy.

Perhaps she should start looking a little closer to home…

Swearing at police is not a crime because officers hear foul language “too frequently” to be offended, a judge has ruled.

Well then let me tell this judge that he is f****** wrong. As Caroline Flint put it

Judge allows appeal on grounds ok to abuse police with f word as it is part of normal banter. If true will this be allowed in courtrooms?

Nobody in the course of their job should have to put up with that sort of behaviour.

Swearing at police is not a crime, judge rules – Telegraph.

Expressing firm opinions on why the Taliban should be given air time he adds:

“There is no way that the solution to Afghanistan will come at the end of a rifle. It will come through negotiations and undoubtedly the Taliban have to be involved, so the sooner we start listening to what they believe, what they want, the sooner we will hopefully come to a settlement. They weren’t clichés. They have beards and they wear black turbans but they are all individuals.”

Kemp also believes that no-one should be thinking about trying to turn Afghanistan into a completely democracy-embracing country:

“They are Afghans and they live the Afghan way. It will never be the same as ours, and why should it be? But it would be a heck of a waste of time and life if we leave that country and things haven’t improved. But I’m hoping and praying that they will.”

… injuries he sustained when he slipped and fell off the curb after stabbing the marine according to a police statement.